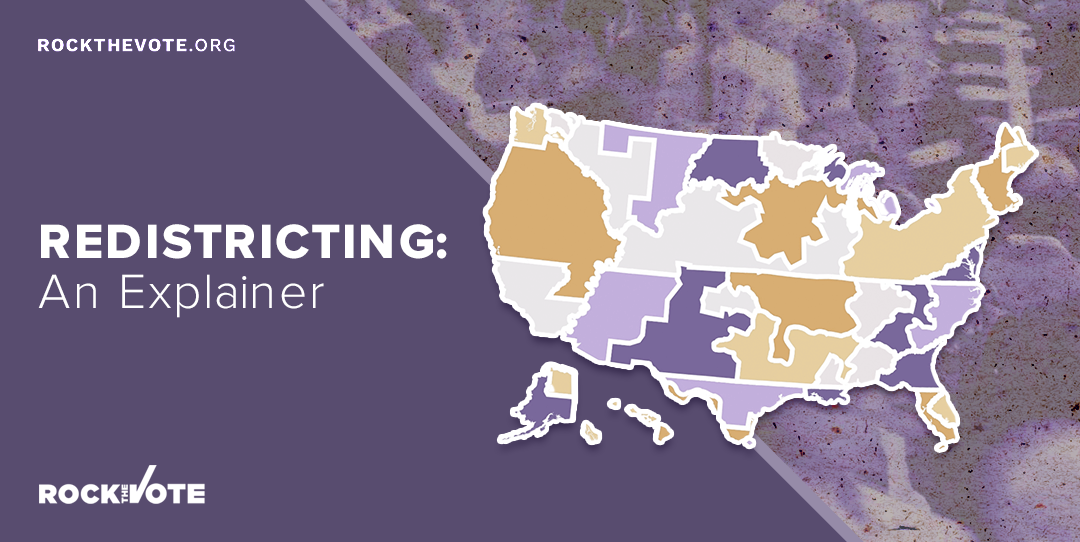 What are the Census, Reapportionment, and Districting?

Every ten years, the U.S. Census Bureau conducts a constitutionally-mandated population count of the United States, which is known as the Census.

Following this decennial population count, the results are used to apportion and district the nation’s political representation across the states. Reapportionment is the process for reallocating the number of seats for each state in the U.S. House of Representatives to reflect changes in population. Generally speaking, states with growing populations gain more seats (or representatives in Congress), and states with declining populations lose seats. Each state must have at least one seat in the House of Representatives, and after that, each district within the states must comprise a roughly equal number of people.

Census results are also used to create new legislative and congressional districts in each state to ensure proportional representation in the U.S. House of Representatives, state legislatures, and all the way down to local government bodies like school boards and city councils. This means that each member of Congress represents roughly the same number of people. This process is called community districting, or the redrawing of the nation’s political maps.

Additionally, census data is used to inform the distribution of more than $675 billion in annual federal funds to state and local governments. This funding is allocated to vital services, such as schools, hospitals, infrastructure, and job development and placement programs.

The potential political implications of these processes brings the census and subsequent redistricting process to the forefront of national debate every decade. Questions about how districting should be done, and who should be entrusted with doing it are often raised in an effort to lessen manipulation of the process that would favor a particular party. Across the United States, different states entrust different bodies to carry out the difficult — and, often controversial — task of districting each decade, including state legislatures, political commissions, and independent commissions. There are also varying levels of transparency and room for public input in the process.

Why is Districting Complicated?

In one word, politics. When the people in charge of the districting process have their own political interests at stake — like their reelection or maintaining their party’s majority — newly-drawn districts can be manipulated to favor a particular political party or to repress the political power of a racial or ethnic group, especially historically marginalized communities. And, these districts are in place for ten years until the next districting cycle. Many districts across the United States are gerrymandered, meaning that they have been drawn to benefit a certain political party.

Many states have taken different approaches to prevent or limit gerrymandering, but districting is inherently a political process. Context and community ties are important to protect historically marginalized groups and properly represent the communities in those districts. As a result, districting has become a balancing act between interests, and over time these different interests have led to a convoluted process with complex criteria for determining how districts can and should be drawn that vary state to state.

At its core, the goal of districting is to ensure proportional representation based on population to make sure everyone’s vote and interests count as equally as possible. The U.S. Constitution requires that Congressional districts be roughly equal in population, and the Voting Rights Act of 1965 prohibits districts from being drawn in a way that discriminates on the basis of race.

Traditional requirements for districting, as compiled by the National Conference of State Legislatures, consider factors such as ensuring that districts make sense geographically (compact and contiguous districts); preserving political subdivisions like counties and cities; and preserving communities of interest that don’t necessarily overlap with political lines.

These considerations must be prioritized while not discriminating by race or intentionally favoring a specific incumbent. Further, in 1986, The Supreme Court ruled that majority-minority districts should be made where possible to avoid a dilution of power, but the ruling also stated that race cannot be used as the predominant factor or at the expense of other important considerations.

With so many criteria, priorities and factors, community districting can quickly get complicated.

Historically, state legislatures have been responsible for districting, and they still are in many states. Alternatively, some states use independent commissions to redraw districts in an attempt to depoliticize the process and reduce or balance bias that legislators may have in favor of their own political party or their own reelection. Other states employ a hybrid model between the legislature and a commission that makes recommendations.

For many Americans, any political involvement in the districting process is seen as a conflict of interest, and this opinion is reflected in reform efforts taking place around the country. In a 2008 ballot initiative, California voters began the process of taking districting power away from their state legislature, and in 2011 the state’s districts were drawn by the California Citizens Redistricting Commission. In a show of momentum towards fairer districting, six states — Colorado, Michigan, New York, Ohio, Utah, and Virginia — have followed California and enacted districting reforms since the round of districting following the 2010 Census.

In the past, the public had little to no involvement in the districting process, but democratized access to computers and a wireless connection have since reversed that trend. Now, in many states, community-based organizations, colleges and universities, researchers, political organizations and groups and individuals can use free computer mapping programs to create and submit their own districting maps for consideration. This innovation allows for increased public involvement in the districting process and offers voters a more direct check on gerrymandering.

The Future of Districting

Districting reforms are continually advancing in states across the United States. Independent commissions, greater protections for historically marginalized communities, and increased public transparency are strong steps toward ensuring that the districting process accurately structures our democracy such that it actually represents the interests of the people.

Collection of census data concluded in October of 2020, but COVID-19 forced the federal government to extend the timeline on which apportionment and districting counts will be sent to states. The 2020 Census Data that is used for reapportionment was released on August 12, 2021, about five months later than the usual release.

With the delay in the data release comes increased pressure for states to redraw the maps in time for the 2022 Midterm elections. This has caused uncertainty for incumbents and potential candidates interested in running for office in 2022 as the actual districts they would be running for have not yet been established.

The combination of delayed census data release, varying state processes, need to expedite new maps, and the once-in-a-decade nature of the districting process has made the 2021 redrawing of the country’s political maps especially chaotic and thus even more vulnerable to gerrymandering

What can you do to learn more about districting?