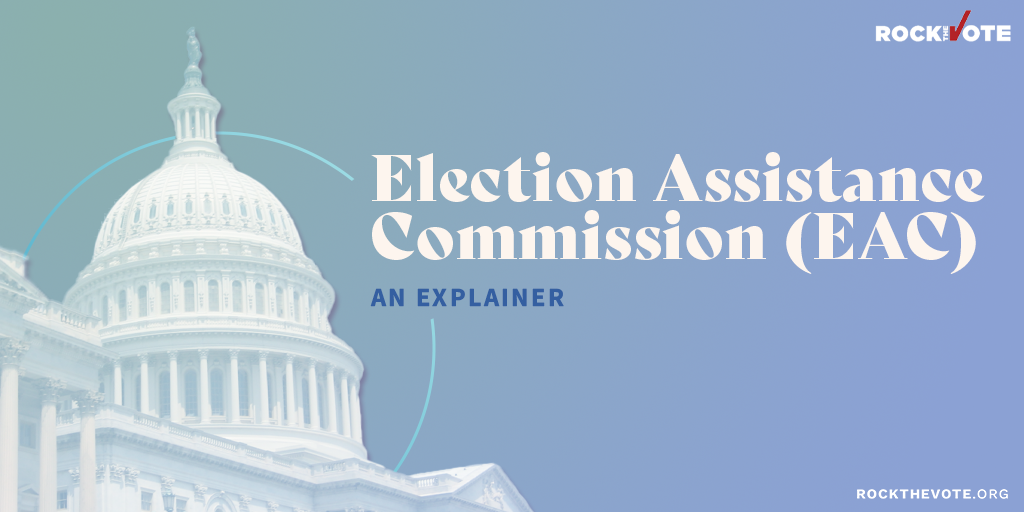 What is the Election Assistance Commission?

The Election Assistance Commission, or (EAC), is an independent, bipartisan commission dedicated to helping Americans vote by making sure election officials have the support and resources they need. It is the only federal agency charged with improving voting systems and helping states with other critical functions of election administration.

Established in 2002 by the Help America Vote Act (HAVA), in part in response to the voting equipment and election failures that led to the controversial outcome of the 2000 Presidential Election. The Commission, created under the Bush Administration, works to ensure that all principles established by HAVA are being followed, through the creation of guidelines, toolkits, audits, testing, and more.

The EAC is composed of four commissioners and works in partnership with state and local election divisions and several advisory committees, including the Standards Board, the Board of Advisors, and the Technical Guidelines Development Committee.

What does the EAC do?

Who runs the EAC? Are they elected?

Many state chief election officials are elected, and state election administrations can be partisan. The EAC ensures that our country’s election standards are outlined by both major political parties, and new voting systems, including the machines that we vote on, are approved and certified. To ensure bipartisanship, the EAC’s four commissioners are equally split — two Democrats and two Republicans. Commissioners may hold that position for up to two consecutive terms.

The majority and minority leaders of both chambers of Congress make candidate recommendations to the President. The President nominates a candidate who must then be confirmed by the Senate.

Why is the EAC so important?

In 2017, during the Trump Administration, the House Administration Committee approved a bill to terminate the Election Assistance Commission, which spurred civic groups and government officials to speak out in opposition. While the effort to terminate the EAC ultimately proved unsuccessful, dangerous attempts to weaken federal oversight is a threat we must continue to monitor by those who seek to weaken our democracy.