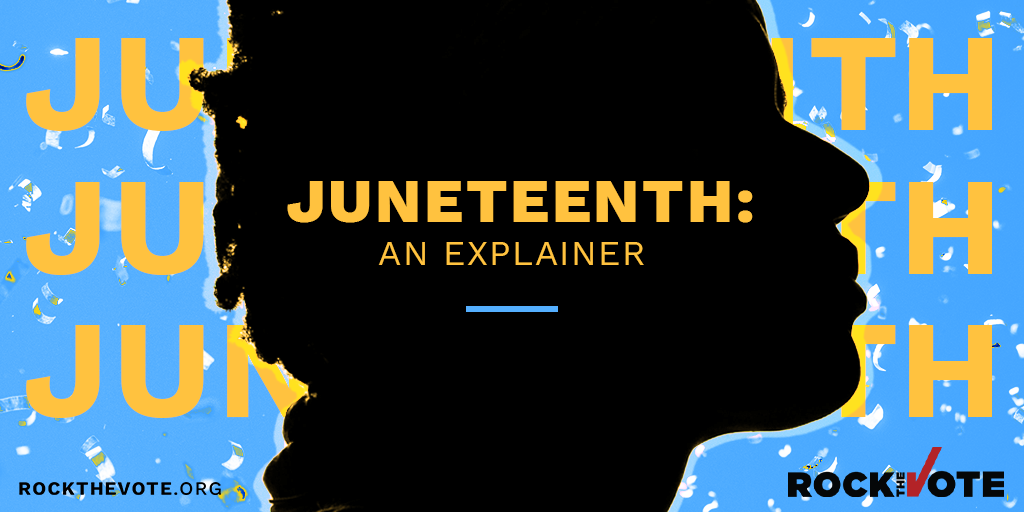 Juneteenth, short for “June 19th”, is a federal holiday commemorating the end of slavery in the United States. It is sometimes called Freedom Day or Emancipation Day.

Is it the commemoration of the Emancipation Proclamation?

No, Juneteenth is not the remembrance of the Emancipation Proclamation.

When President Abraham Lincoln issued the Emancipation Proclamation on January 1, 1863 it only applied to places under Confederate control and not to slave-holding border states or rebel areas under Union control.

Since the United States was in a Civil War, those still enslaved in the Confederacy remained enslaved; however, many slaves would flee North as Northern troops advanced into the Confederate South.

It wasn’t until the end of the Civil War when most slaves became free, but still not all.

So why is Juneteenth significant?

Texas had no large-scale fighting or significant presence of Union troops during the Civil War so slavery continued after the War ended. Many slave owners moved to Texas viewing it as a safe haven and withheld news that the war had ended to ensure enslaved people worked through the harvest season.

Approximately 250,000 Texan slaves were unaware their freedom had been secured until General Granger and 1,800 federal troops arrived in Galveston, TX on June 19, 1865 to announce the Civil War had ended two months prior and slaves had been freed. When enslaved people received the news of their freedom, celebrations broke out and Juneteenth was born.

It wasn’t until December 1865 that the 13th Amendment was adopted formally abolishing slavery.

Is Juneteenth a federal holiday?

When freed, did Black Americans gain the same voting and citizenship rights as white Americans?

No. In 1870, the 15th Amendment was ratified making it illegal to deny the right to vote to any citizen based on race, color or previous servitude. Yet, Black Americans were denied the right to vote for nearly 100 more years through racially discriminatory laws, arbitrary practices, and initimidation.

It wasn’t until the Voting Rights Act of 1965 that prohibited racial discrimination and took proactive measures to prevent discriminatory policies that real protections were in place to provide Black Americans the freedom to vote.

That was until 2013 when the Supreme Court decided Shelby Co. v Holder. The Supreme Court found that a part of the Voting Rights Act of 1965 was outdated and left it to Congress to update the legislation, which it has yet to do nine years later. Without the full protections of the Voting Rights Act of 1965, voter suppression efforts are running rampant with little recourse.

How about the voting rights of people with prior convictions?

Felony disenfranchisement denies the right to vote to those who have been convicted of a criminal offense, usually a felony.

In 1865, the 13th Amendment was ratified outlawing slavery and involuntary servitude, except as punishment for individuals convicted of a crime.

Immediately, states started to introduce Black Codes, many in 1865 and 1866. Black Codes were a series of laws specifically designed to target and arrest Black Americans.

Today, the U.S. criminal justice system is widely recognized as broken. Discriminatory laws and the prejudice implementation of those laws has led to mass incarceration marked by the disproportionate imprisonment of Black Americans.

How are Juneteenth and Black Lives Matter related?

The continued mistreatment of Black Americans in America, unchecked abuses of power and rampant structural racism have compelled many Black Americans to call attention to these injustices and demand change.

With suppressed voices in our democracy and in our society, protest became the main form of civic participation of the movement. From its start in 2013, the Black Lives Matter movement has grown in size, geography, and diversity.