Pride and the Stonewall Uprising 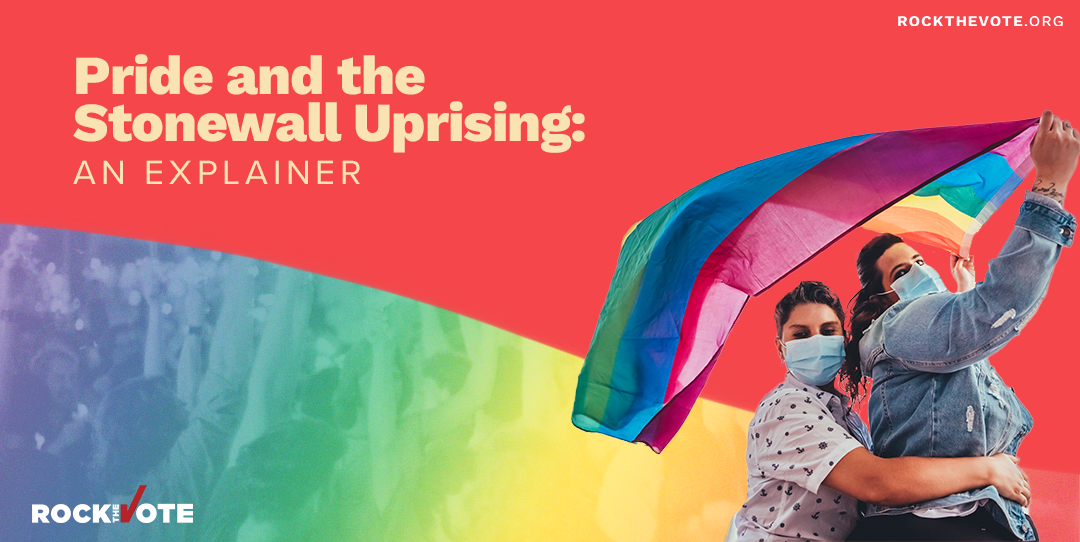 What is PRIDE Month:

Pride Month, celebrated in June, grew from “Gay Pride Day,” which initially was held the last Sunday in June to commemorate the Stonewall Uprising.

On June 28, 1969, police raided The Stonewall Inn, a bar located in Greenwich Village in New York City that was frequented by members of the LGBTQIA+ community. As police arrested employees and patrons, other patrons and neighbors started to riot and demonstrate for approximately six days and became known as the Stonewall Uprising. The Uprising, led by young trans women of color, was a tipping point for the Equality Liberation Movement in the United States.

Today, the actual day of tribute is fluid, much like gender and sexual orientation. The month features a range of Pride activities, including educational workshops, celebratory festivities and even memorials for LGBTIA+ community members lost to hate crimes and HIV/AIDS.

The purpose of the commemorative month is to acknowledge and celebrate members of the LGBTQIA+ community who have historically and in some cases are still tragically forced to hide their identity and love. Pride works to change that by celebrating this community proudly and loudly.

What are some demographic trends among the LGBTQ+ community?

LGBTQ+ people are also more likely to be a part of the disability community than their heterosexual counterparts.

A combination of factors contribute to a struggle for basic needs, such as housing among the LGBTQ+ community. A quarter of LGBTQ people experience housing instability. Approximately 40% of homeless youth identify as LGBTQ+.

Do members of the LGBTQ+ community have the same citizenship rights as cisgender, heterosexual individuals?

No. Federal laws do not ban discrimination against LGBTQ+ persons the same way they do against other protected classes, such as race, sex, age, or ability.

While more states work to pass laws to protect LGBTQ+ people, some states have also advanced anti-LGBTQ bills that target transgender members of the community, limit local protections and empower religion to discriminate. Members of the LGBTQ+ community face daily discrimination and in many states this discrimination is not legally prohibited.

The U.S. Supreme Court declared same-sex marriage legal in all 50 states with its 2015 decision in Obergefell v. Hodges; however, the Supreme Court’s 2022 decision in Dobbs v Jackson overturned a nearly 50 year precedent of Roe v. Wade and Justice Clarence Thomas specifically called for looking at the Obergefell v. Hodges decision suggesting that same-sex marriage could be under threat.

Do members of the LGBTQ+ community have the same voting rights to elect leaders who will advocate to protect and support them?

No. LGBTQ+ persons are disproportionately affected by voter suppression efforts, thereby impacting their representation in government.

Is there anything that can be done to improve voting rights for LGBTQ people?

Yes. Less restrictive or no voter ID laws, flexible registration and voting options, and eliminating the binary gender choice or eliminating the gender requirement on voter registration forms altogether are all policies that can increase access to the ballot for LGBTQ+ individuals. Some states have made significant progress to make voting more accessible and inclusive, but these states are the exception – not the rule. There is still much work to be done at the local, state and federal level to ensure our democracy works for all.

For individual’s directly impacted by name-change related restrictive voting laws, the Transgender Equality Center has a comprehensive guide and map for more details on state name change rules and resources. If you have legally changed your name since you registered to vote, make sure to update your voter registration prior to the registration deadline in your state.